Road markings guide and warn drivers as well as regulate traffic. Markings may be red, blue, yellow or white. They may be used alone or in combinations. Each has a different meaning.

Red markings or reflectors on the pavement show areas not to be entered or used.

Broken yellow center lines mean that passing on the left is allowed in either direction when the way ahead is clear.

Double solid yellow lines mark the center of the road
and separate traffic traveling in two different directions. Passing is not allowed in either direction. You may not cross the lines unless you are making a left turn.

Broken white lines separate lanes of traffic going in the same direction. You may change lanes with caution.

Many two-lane roads in Virginia do not have lane markings to separate the lanes. On an unmarked two-lane road, you may pass a slow moving vehicle on the left side if there are no signs prohibiting passing. Make sure that the way is clear.

Pavement markings, consisting of an X and RR, may be painted on the pavement at the approach to some crossings. When approaching railroad tracks, be alert. Trains may approach the crossing at any time and from either direction. Unless you can clear the tracks completely, never start across the tracks. Make sure there is room for your vehicle on the other side of the tracks before proceeding.

Yield ahead symbol is an outline of a triangle painted in the lane before the place where you must yield.

Yield line is a line of triangles extending across the roadway that may be used with a yield sign to show the point at which you must yield or stop, if necessary.

On three-lane roads with traffic moving in both directions, If both sides of the center lane are marked by a solid yellow line and a broken
yellow line, drivers traveling in either direction may use the lane for making left turns. However, they may not travel further than 150 feet in this lane.

High Occupancy Vehicles (HOV) lanes are marked on highways by a diamond shape in the center of the lane. HOV lanes may also be special lanes separated by a barrier. During heavy traffic periods, HOV lanes are reserved for buses, vanpools, carpools, other high occupancy vehicles, motorcycles, and certain clean special fuel vehicles. Road signs show the minimum number of passengers a vehicle must carry (excluding motorcycles and clean fuel vehicles) to use the HOV lanes and the times that HOV restrictions are in effect.

The diamond-shaped marking may also indicate that the lane is reserved for use as a bike lane or bus lane.

A painted curb means that you must follow special rules to park there. Check with the locality for specific meanings. Generally, the colors on the curb mean:
White — Stop only long enough to pick up or drop
off passengers.
Yellow — Stop only long enough to load or unload.
Stay with your car.
Red — Do not stop, stand or park.
Blue — Parking is reserved for persons
with disabilities. 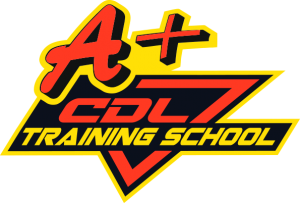 CAR ACCIDENTS ARE THE NUMBER ONE KILLER OF TEENAGERS IN THE UNITED STATES.

HOW DO WE STOP THIS GROWING TREND?

WHERE DO YOU START?

A+ Driving School, LLC offers a wide range of driving education courses and classes to improve driving skills for both new and seasoned drivers.

In addition to offering the most up-to-date, state-certified lessons to improve quality driving, we teach confidence, defensiveness, and alertness on the road.